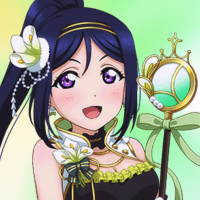 iranian-canadian. born and raised in toronto, currently live in the kanto region of japan! i'm a translator, sometimes teacher, and an artist. i've been drawing since the age of 3!

i started playing love live (both en/jp) around march 2015. watched the anime first but i like the game just as much as the animated series.

i can speak three languages! english, persian, and japanese.