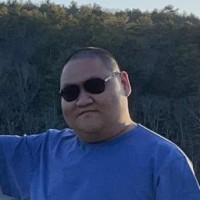 Don't let the names fool you, I read and write in English. I'm an American-Born Hong Kong-Chinese I.T. Professional who got sucked into the world of Love Live because Google Play said I'd like it…

…Turns out they were awfully on the point with that statement.

By the way, to pronounce the EN server name, it's "Cheui." Don't stress too much about it because you can just call me "Alex." That's fine too.

Regarding my Japanese profile...

So here's the deal... I got a little creative with the name over there, considering my minimalistic knowledge of the Japanese language. I started playing the Japanese version and nearly forgot that it's probably a bad idea to use a Chinese family name on a Japanese game (considering its Kanji is virtually unreadable in Japanese.) Therefore, here's the:

The name is usually the name of a beverage (or, less likely, food) that I enjoy and wouldn't mind representing as my profile name. The description is a non-Japanese food dish that I think Japanese people should be curious about. The rule of thumb is that it has to be written in Katakana, so it's something the Japanese will probably need to look up to familiarise themselves about it.

An example would be my former name, 菊花茶, which is Chrysanthemum Tea (a drink to cure the immense Spring-Summer heat), paired with リングイネプッタネスカ, which is "Linguine Puttanesca", a South-Italian pasta dish with a somewhat-inappropriate-but-accepted name. See, I'm not exactly sure how many Japanese nationals have heard of the South-Italian dish, but I'm certain that pasta is a year-round specialty to enjoy, so why not pair it with a great summer beverage of Chrysanthemum Tea? If you haven't tried either of them, it's not too late to try it! ;)

よろしくお願いします！ Very nice to meet you!