Rin's birthday being on November 1st is special to me as is, as far as I'm concerned she is the first character I have ever cherished so deeply and her birthday, being a special and important day, is something that I can link to myself - mine also being the 1st day of a month!

November is also a special month concerning my LoveLive! career since I first installed the (hellish) game on my friend's birthday (November 14th!) when she first introduced it to me almost 4 years ago~

At first, Rin didn't particularly jump out at me since all the game said about her was her favourite activity was "Sports!" and she wasn't the cutest girl on screen either frankly. (Nozomi was actually the girl I first picked because one of her hobbies was "taking naps" and I thought that was cute)

At some point, I did my first 10+1 (although I suppose back then they may have been just 10s??) and of course, it was a dreadful 1 SR pull :( However, the card I received in that pull was none other than Magic Lamp Rin! To this day I still have this card - unidolised, sadly (one day, she will come home again!)

Fast forward to January 2017 (big jump, I know) when the Kururin Miracle event took place! This event was Rin's last solo token event so I wanted to do my best to place as best I could in the final rankings for her (I will say I tried to tier in the Sports Rin/Masquerade Eli event but oh my god was it a blood bath). For my first event where I tiered, I was and still am incredibly proud with how I did and I have a thread on twitter which talks about my triumphs and successes!! In the final rankings, I placed #777 which was stupidly lucky and now that I think about it, all of my important rankings are all multiples of 7! (7 is essentially "my number" since my birthday is in July and it just feels very lucky anyway)

Jump ahead a few months later to Rin's birthday in 2017 where I hadn't collected any loveca from my box for a solid 3 months and I ended up saving the most amount of gems I ever have!! (until today...) Here is another twitter thread that show my scouts and my lucky 7th scout where I received my dream Rin UR; cafe maid!!

And now we're here, I think the last time I properly spent any gems was when I scouted for Rin's pirate UR where I spent 300~ gems and unfortunately did not get her. My account is already pretty established so I didn't find the need to scout for new cards so I thought I'd just keep saving for Rin's birthday, little did I know I would end up with 1,000 loveca for the first time several months later!

I'll be holding off on scouting until it's her birthday in my timezone tomorrow and I won't actually be doing it until later in the day so I can have my brother there to support me and endure in my (hopefully successful) endeavours! I think you can update posts and I plan on recording my scouts for her so I'll include that when I can~

In the meantime, I'll share a prokect that I desperately tried to carry out in the past month to celebrate Rin in the days leading to her birthday. Of course, you don't have to read everything that is there but I would advise at the very least reading the first post that explains what I tried to do as well as appreciating the drawings (albeit, not great), edits and even the Kururin Miracle English Cover I did!

To end the post, I'll leave a picture of the current state of my Rin collection. I am incredibly thankful to my mum who has helped me a lot with the few items I have as a couple of them are Christmas and Birthday presents! My first piece of Rin merch was actually the valentines strap on Christmas a few years ago! I felt really silly when I opened up to see the tiny gift and immediately burst into tears to find my mum had thought about and got the gift for me~~ 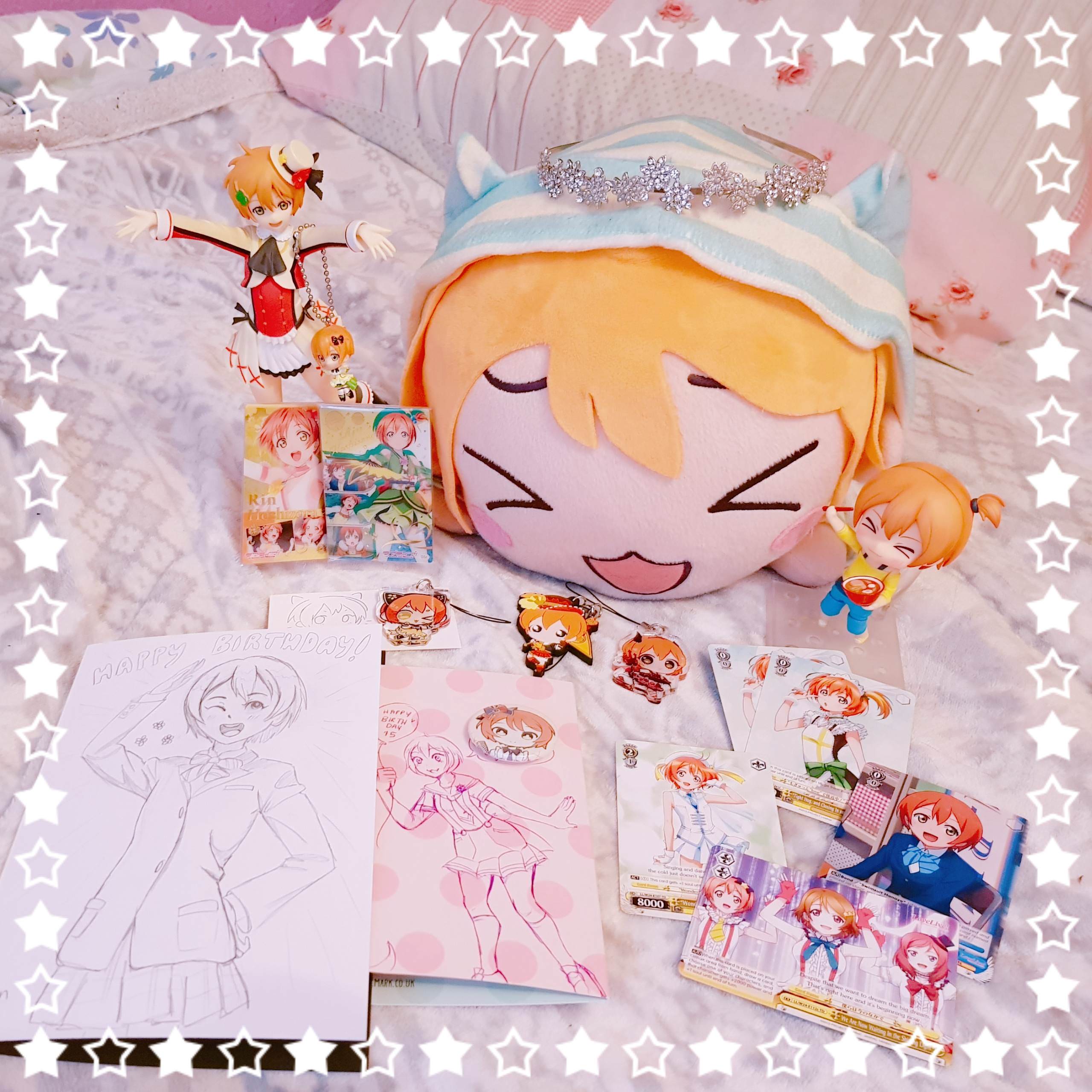 Update! Here are my scouts for Rin that I did at midnight on November 1st in my timezone~ I'm very happy with the results! I'm also a little angry at myself for not continuing to empty the box since there were only 30~ cards left >//n//<