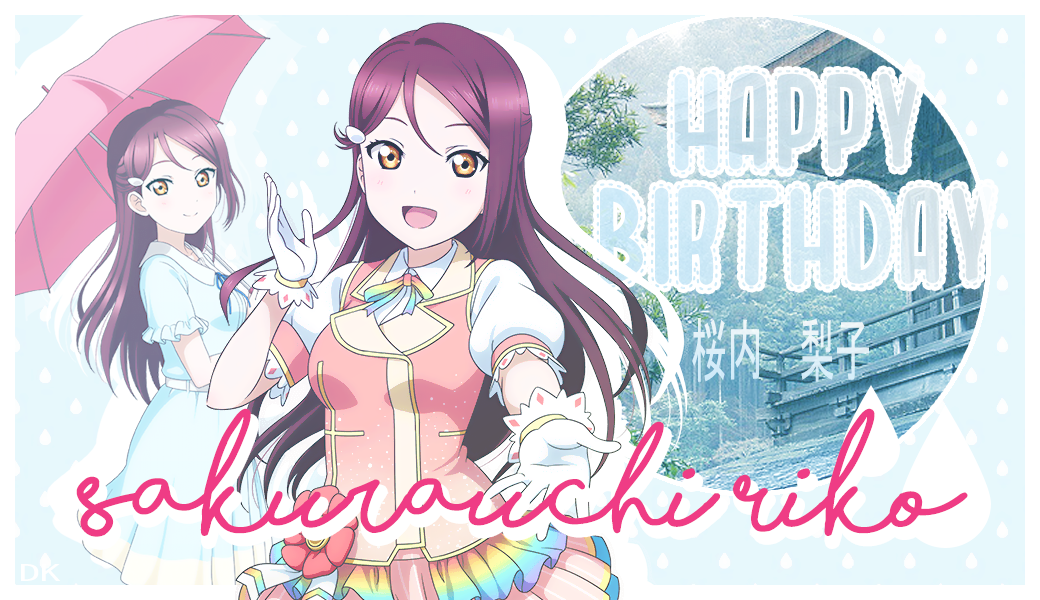 First, story time! Why the hell do I even love Riko so much?

Remember back then when Aqours was still just starting and we got that ChikaRiko event on EN? That’s when I first saw Riko and thought “Wow, she’s so pretty! I need this card!” And even though I wasn’t that good on SIF yet, and was even worse on tiering in events, I did my best and managed to get one copy of the Riko card. I didn’t even care that I couldn’t idolise her, she was just too pretty (seriously, how beautiful can a girl be?) and I kinda met my objective, so it was all fine and dandy~

Back when I really got into Aqours, though, my best girl was Mari. I didn't expect much from Riko tbh, maybe ‘cause I was still fixated on µ’s and compared the girls to them a bit too much, but Riko striked me as the serious-almost-boring type, so she was relegated to second place.

Bit by bit, though, I fell irreparably in love with her. With her passions, her struggles, her flaws and, of course, her perfection (the fact that Mari hates me on SIF while I was able to get two Riko URs quite easily in my old account may have had something to do with my change of heart too haha). And when I first cosplayed Riko later on, I noticed I was also able to relate to her a whole lot, what with her personality, even her hobbies. It was really easy and nice to act like her. 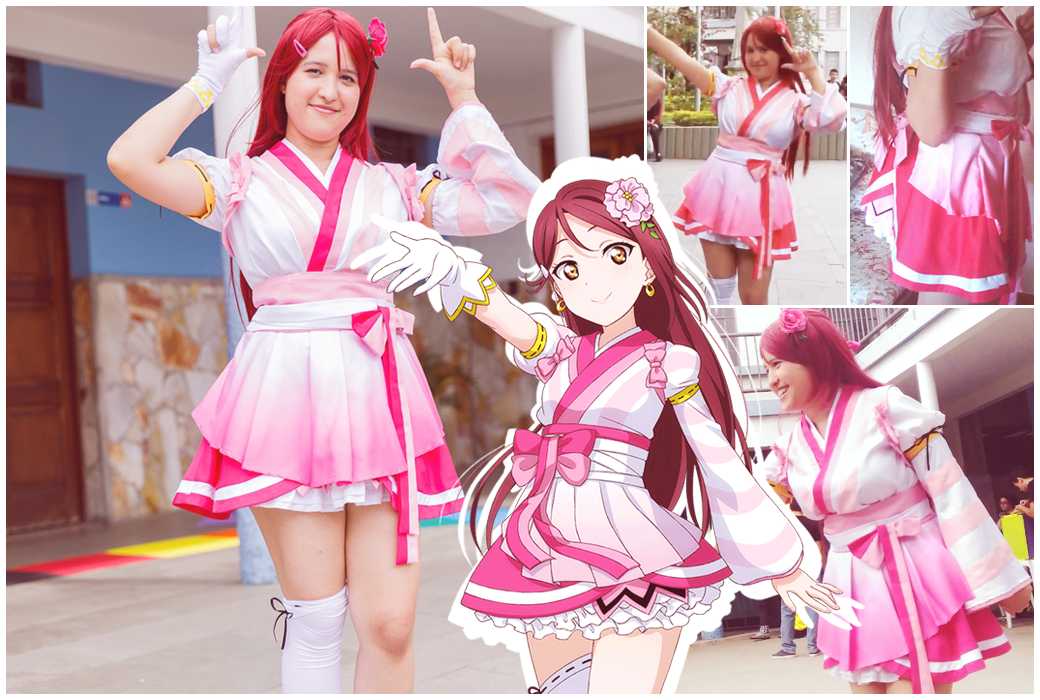 Not to mention her voice is so beautiful and soothing (thanks Rikyako!!!!!) and is such a perfect fit for her! Rikyako actually plays a very big part on why I came to love Riko this much. I’ve always loved her voice, and after watching the first live, my respect for her only multiplied! At that point in time, I just couldn't ignore anymore the fact that Riko was, and had always kinda been, my best girl. In the end, I just didn't want to admit it because I saw a little too much of myself on her character.

For all those reasons, seeing the way Riko’s character develops throughtout the story is endearing and so motivating!! In the beginning she was in quite a slump, not being able to enjoy what she loved most. I know personally how that can be, if a bit too well; it's a terrible feeling. So, seeing her overcome that and come out at the top was really reassuring, and gave me much needed hope that I, too, could overcome my own fears.

Now, for the giveaway (sorry the post is already so long, bear with me just a bit more)!

Since last year I was so sure of what I’d do for Riko's birthday!! It would take quite a lot of time and effort, but I'd do it for my bestest girl!!! It would also be the first time I’d actually make something more than a drawing for a character’s birthday, and I was quite excited.

Then life kinda happened and I distanced myself from the Love Live franchise, starting with SIF. It just wasn’t really an enjoyment to me anymore... There hasn't been much content since the anime finished airing anyway, so I had plenty of time to obsess about other things.

But nothing quite substituted LL, so I came back. After almost an entire year, roughly a month before Riko's birthday. But this time, with a clear objective in mind: to dedicate this new account solely to Riko! That said, I've been saving love gems just for her birthday scouting box. I’ve saved 683 gems, the most I’ve ever saved in my life! And it’s been the most fun I’ve had in a long while!!

Though, being the dumbass that I am, I completely forgot that the Aqours girls only get the step-up scouting box for their birthdays… Anyway, here are the results: 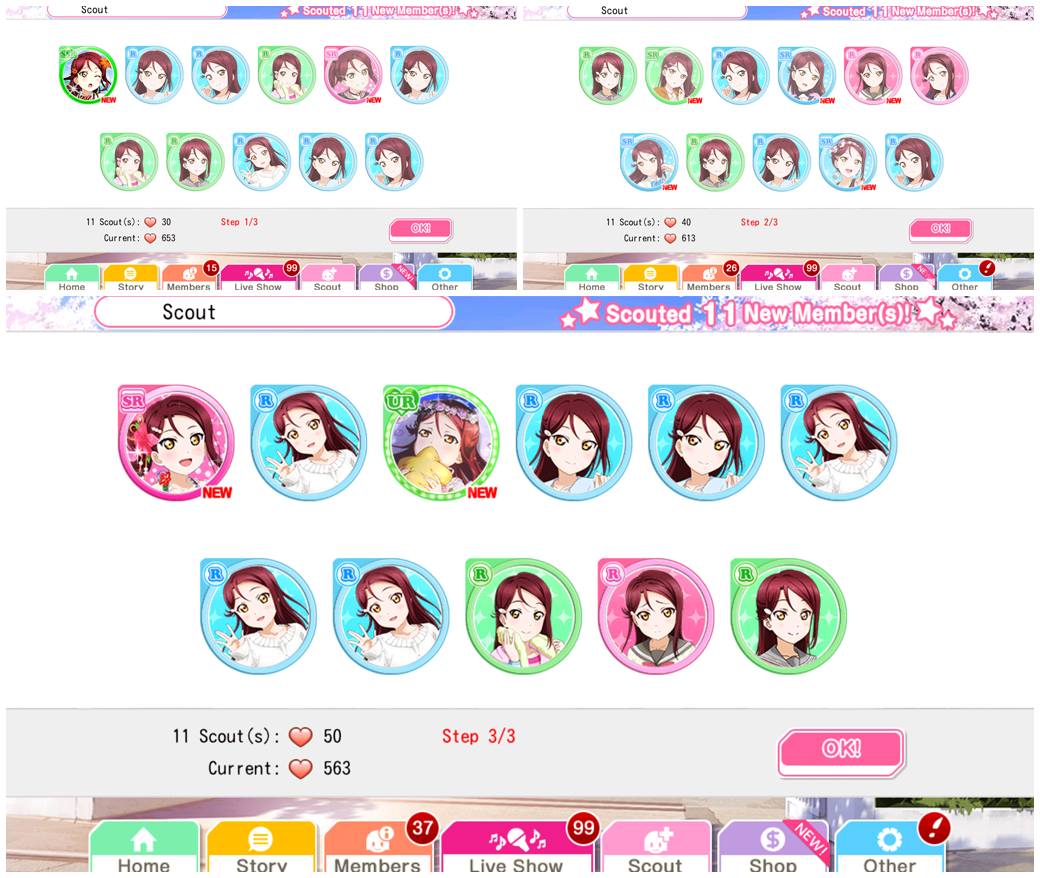 Angel Riko came home!!! And since I still had so many gems to spare, I scouted some times in the 2nd years box too. Which brings me to this:

A pretty nice start for my Riko album, huh? But that was not everything I did for her birthday, of course! I tried making some (surprisingly easy to make) fruit sandwiches. They came out sooo tasty, if not that presentable. No wonder Riko loves sandwiches!!! 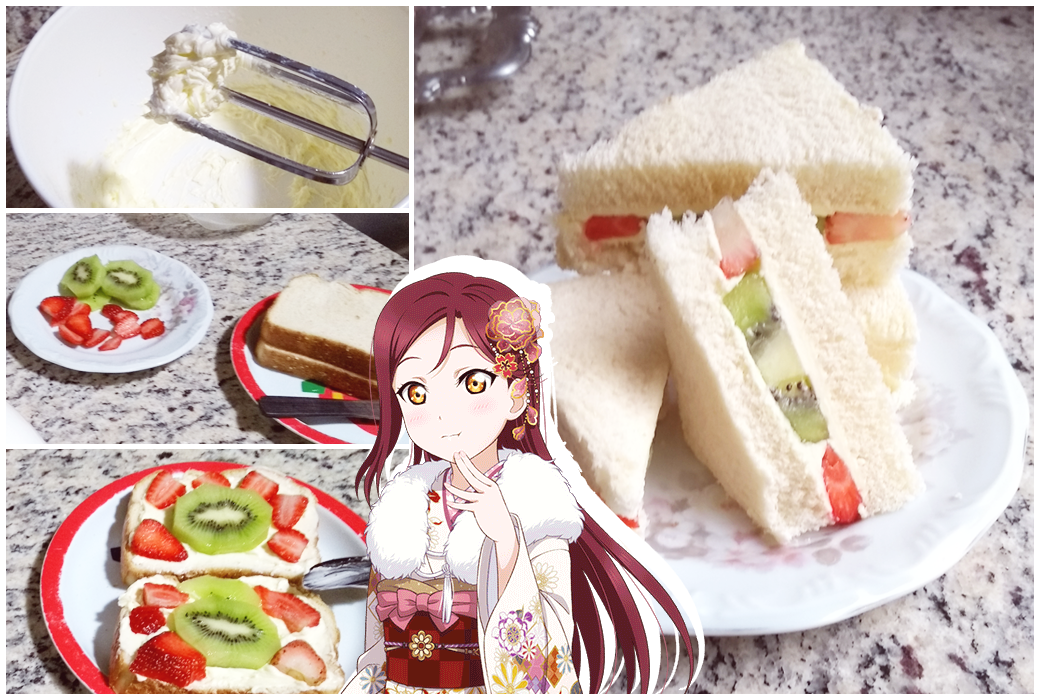 My initial idea to celebrate Riko's birthday, mentioned before, was to make a video using her solo(aka the best song in this entire franchise). I managed to make a short one, thought I wasn't sure if I should actually post it... It's not what I initially had in mind, but since I spent so much time and effort making it, might as well! 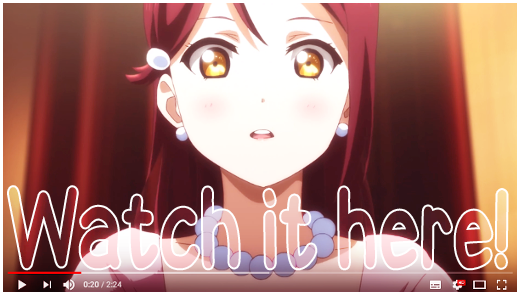 And last, but not least, the obligatory drawing! 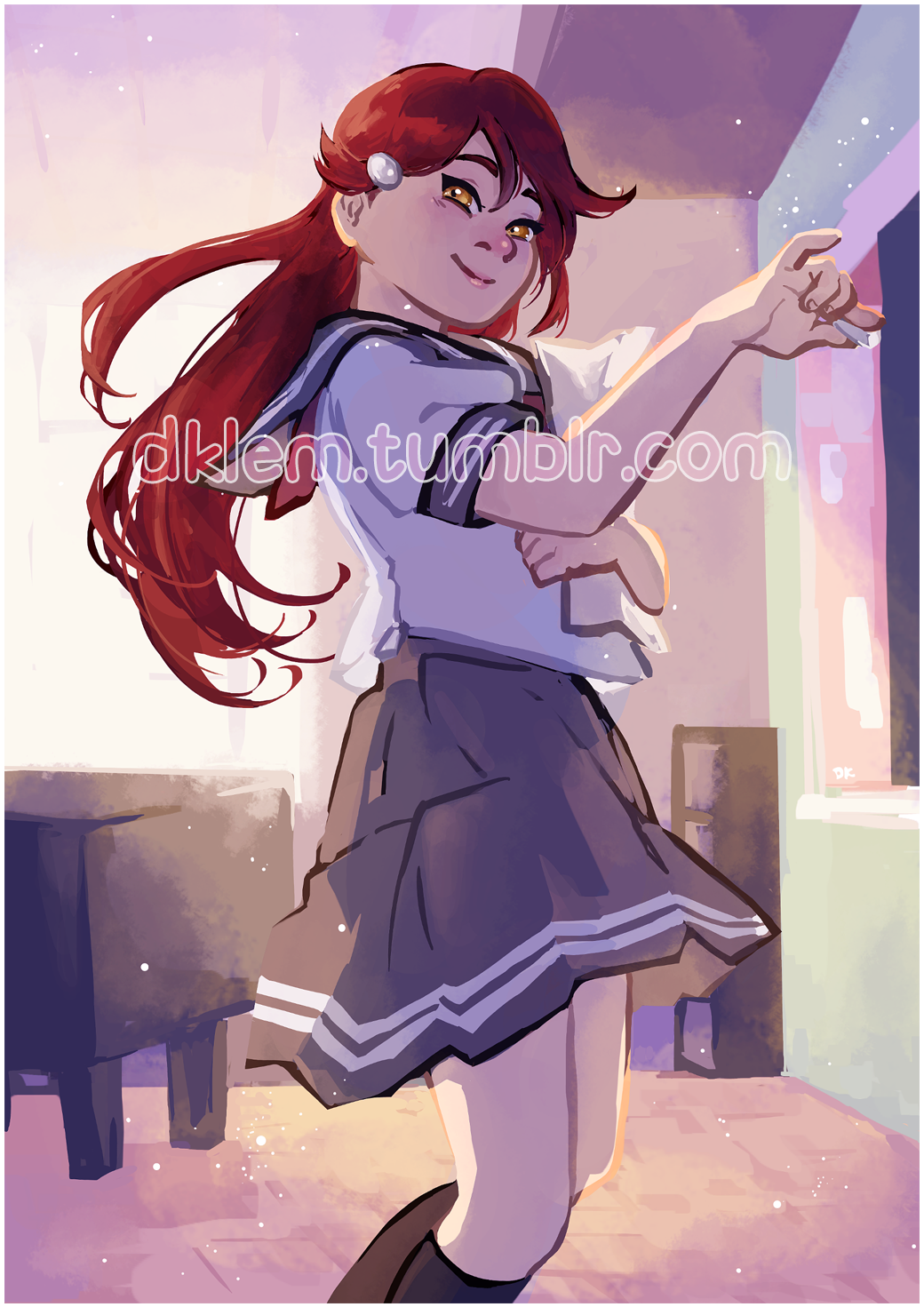 That’s it! Thank you for reading, and sorry for the really long post! Riko deserves it tho~