Finally figured out how to put photos here ;o; HonokaFanAwards2019

When I went to Japan in 2014 I was at a cosplay shop in Harajuku and saw a cute cosplay outfit and bought it. Didn't even know who's it was. I later found a pen at a shop in Akihabara that had the same outfit. ( I really was like "that's the same outfit!") and it was Honoka's Boku no Ima no Naka de outfit. That was when I first learned of Love Live. I then started playing the game! Also I own the "Honoka(star)" License plate in California! Once I save up for a better car I'll get a Honoka Itasha ^ ^ 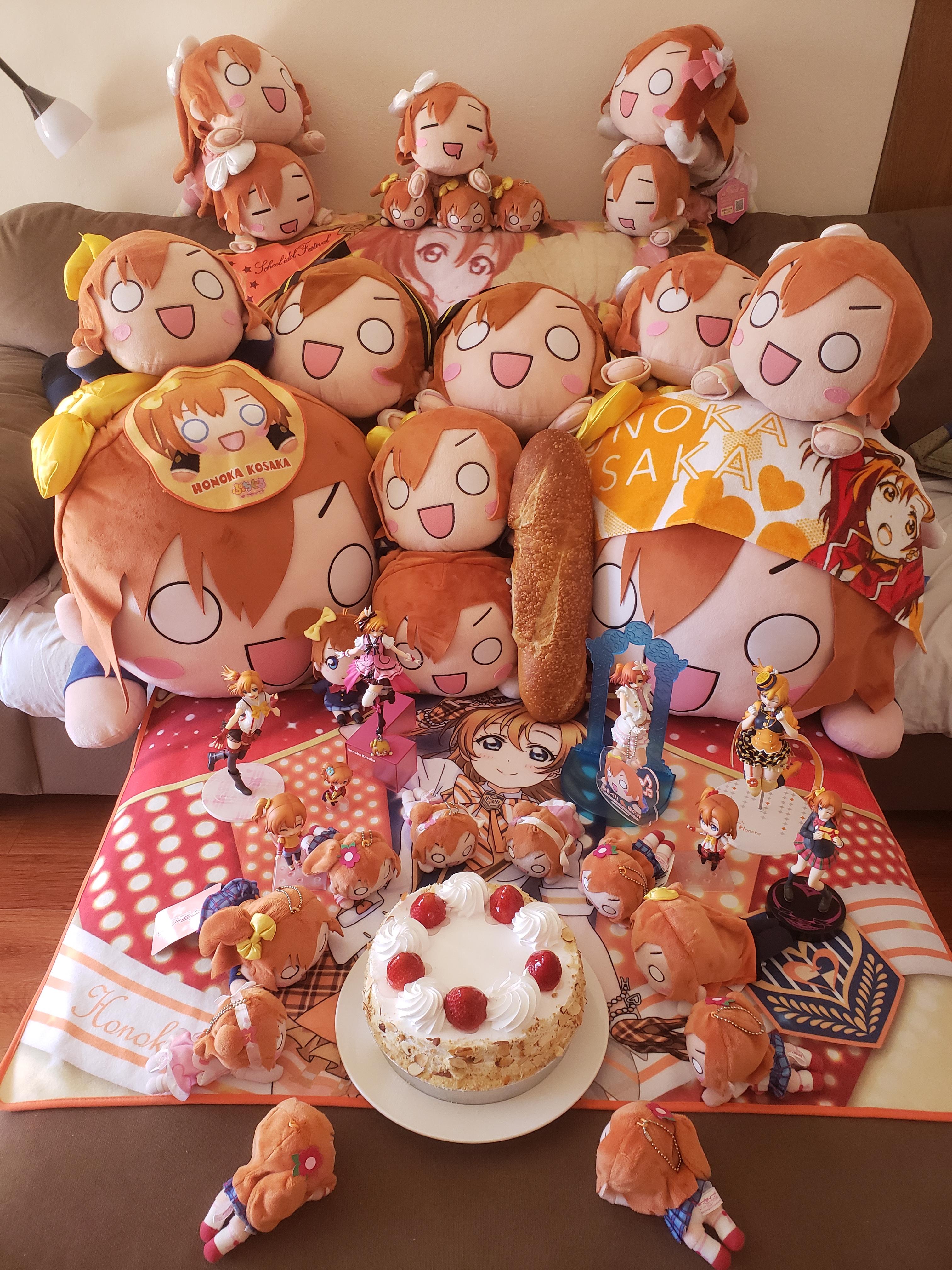 I love all my nesos to death. They really sleep on the bed while my boyfriend and I sleep on the couch. (We're moving in my queen bed from my old place soon so we'll be able to sleep with them) I had to get a big cake so the Tera's could have some! and offer a loaf of bread to the bread goddesses. I currently have 27 wonderful babies >w< and more on the way! 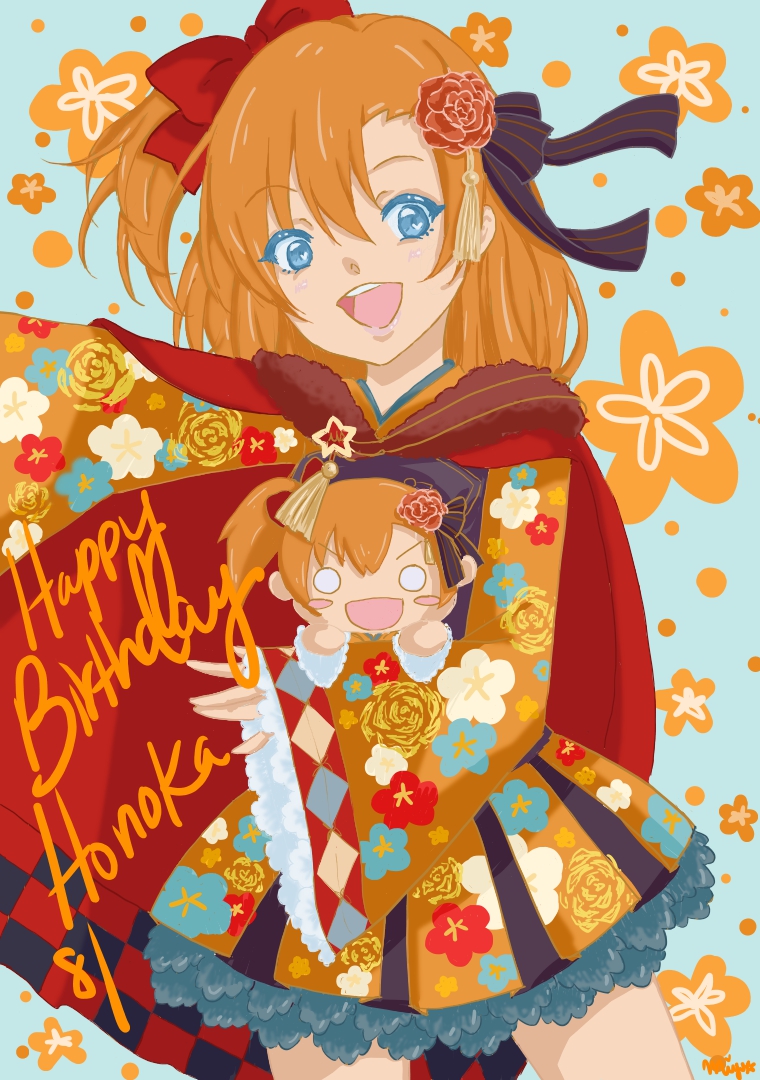 I'm a traditional copic marker artist and the only other okay digital drawing I did was for my boyfriends birthday. (Drew his waifu and printed it onto a blanket.) This drawing took almost a week (which is a lot imo because I'm kind of the impatient type that doesn't like spending too long on a drawing) Digital is super hard for me and while my coloring in traditional for hair is my best point, I think it's my worst for digital. I am so proud of this drawing though because I know I put in so much love for Honoka. I also have a really hard time drawing my own best girls ): . I drew Taisho because its my favorite UR outfit (also to cosplay as well). My most favorite outfit is the Event "Innocent Declaration!"'s Homura outfit because it has such nostalgic memories of when I first started playing.

I'm also a cosplayer and have almost 30 different Honoka outfits!