In 2016 I discovered Love Live because of Nico's catchphrase, and because of that I downloaded SIF but deleted it. From 2016-2017 I still watched videos about Nico, but it wasn't until the beginning of last year I finally decided to download SIF again. I tried to watch School Idol Project but wasn't able to watch it so I started with Sunshine. When I finished watching Sunshine, which was probably in May, I finally found where I could watch School Idol Project! After finishing the series and movie I loved Nico even more! I'll forever be grateful to Nico for helping me discover Love Live!

I don't have any merch of Nico at the moment but I'm planning to get some in the future! I also hope that one day I'll be able to cosplay as her, I'm not sure what outfit I would want to cosplay though. For Nico's birthday I made an edit, the one at the beginning of the post, and an aesthetic. 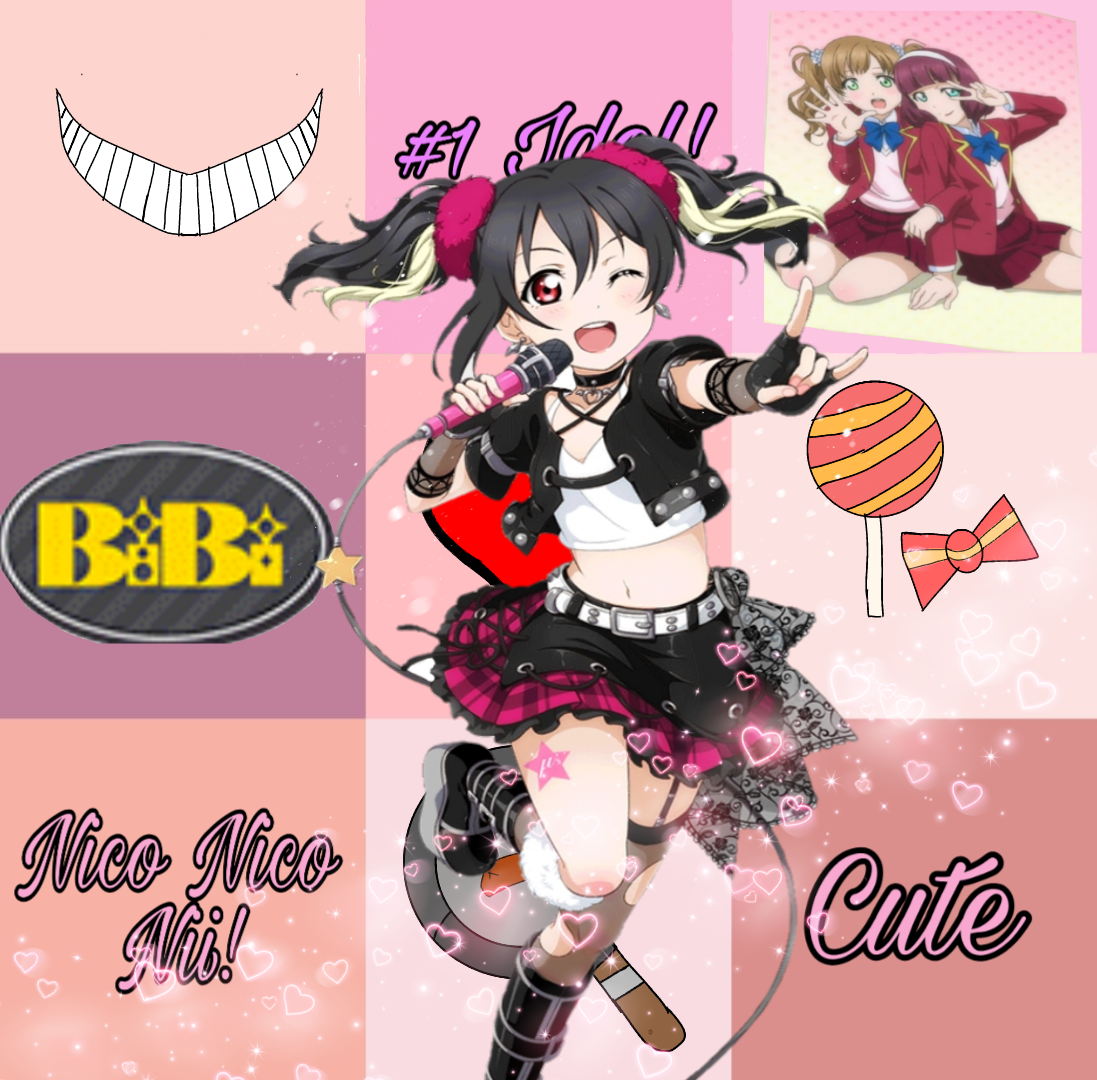 Thank you for taking the time to read this! (I had to edit this because I did the image formatting wrong!)