yoshiko is a girl i fell in love with from the very beginning of aqours. something about her, maybe it was her design, maybe it was her voice, maybe it was the fact she had a nose right after one of my rants about how love live girls didn't have noses, i can't say i quite remember how i fell for her but i fell hard immediately. being that aqours was new, i found that unlike with honoka, where all her merch was hard to come by, i could finally show love for a love live girl through merch collecting, even with how little money i had. 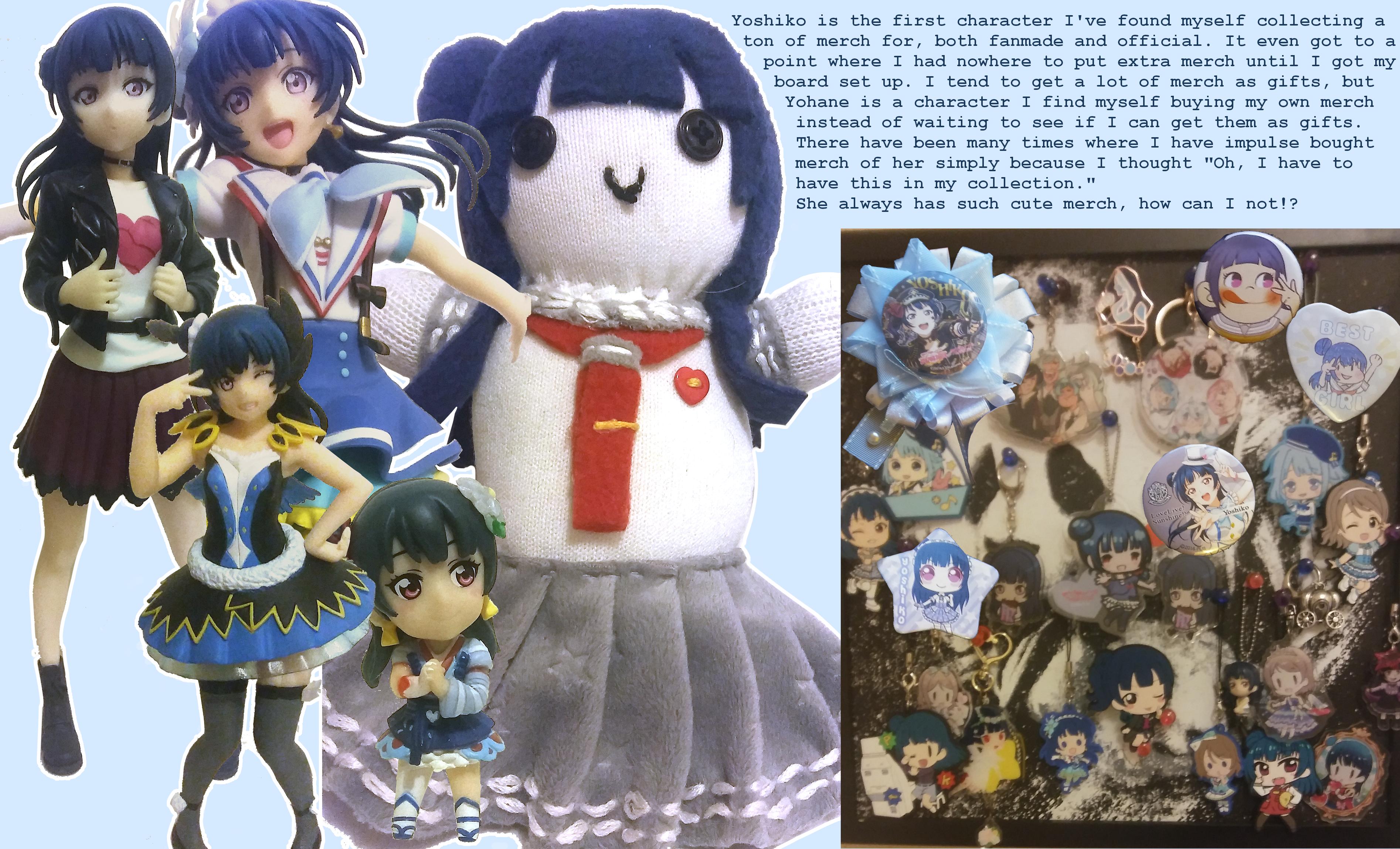 upon the anime airing, i found that her personality that was shown matched the type of character i usually fall for anyways, and my love for her grew even more. her reasoning for yohane struck me hard and i'm kind of a sucker for characters who cope like this. she's someone i would want to have as a friend. 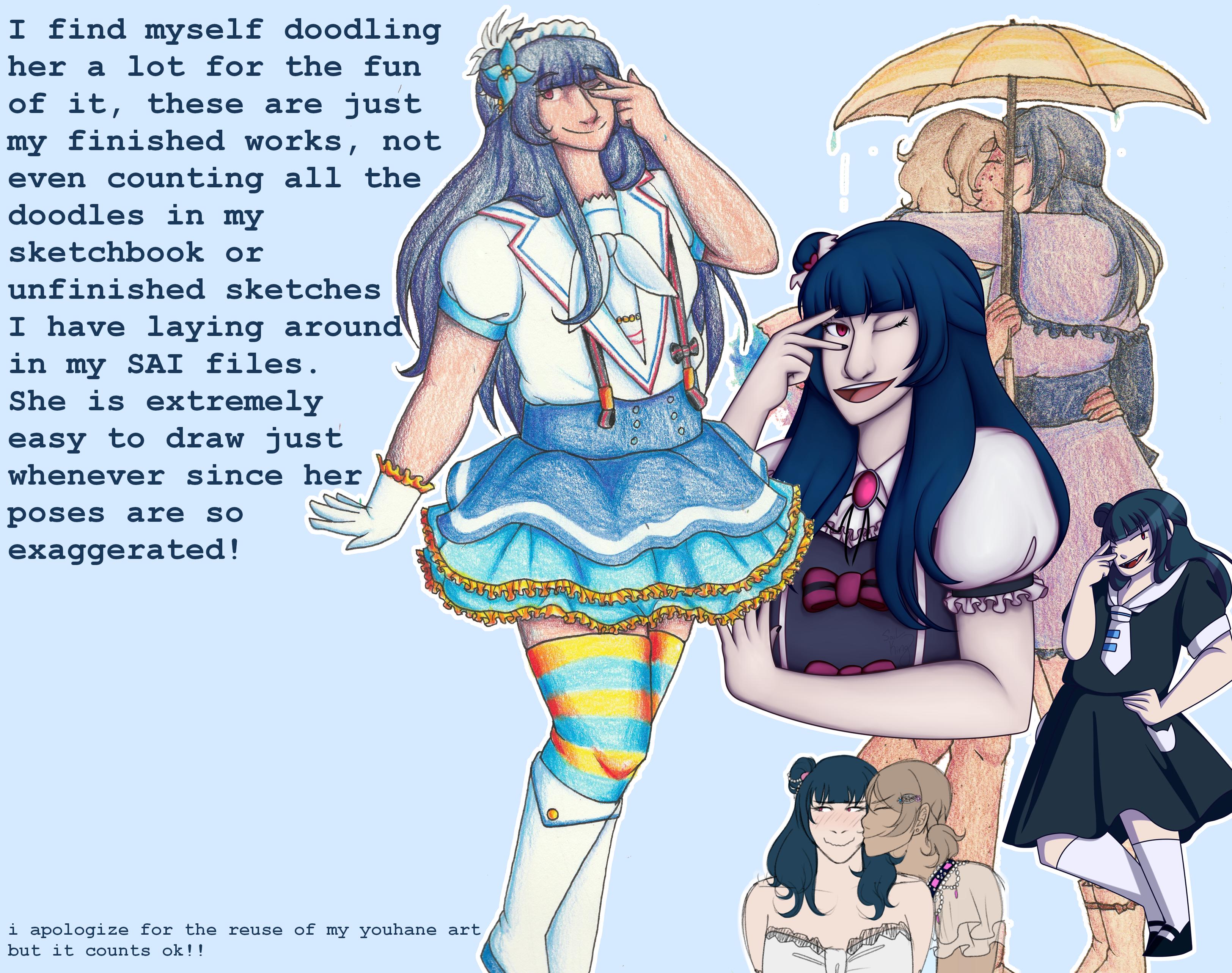 i'm most involved in sif, as that's the easiest piece of media for me, so most of my attention is brought to it. i try to tier every event of her's, there have only been a handful of ones i havent 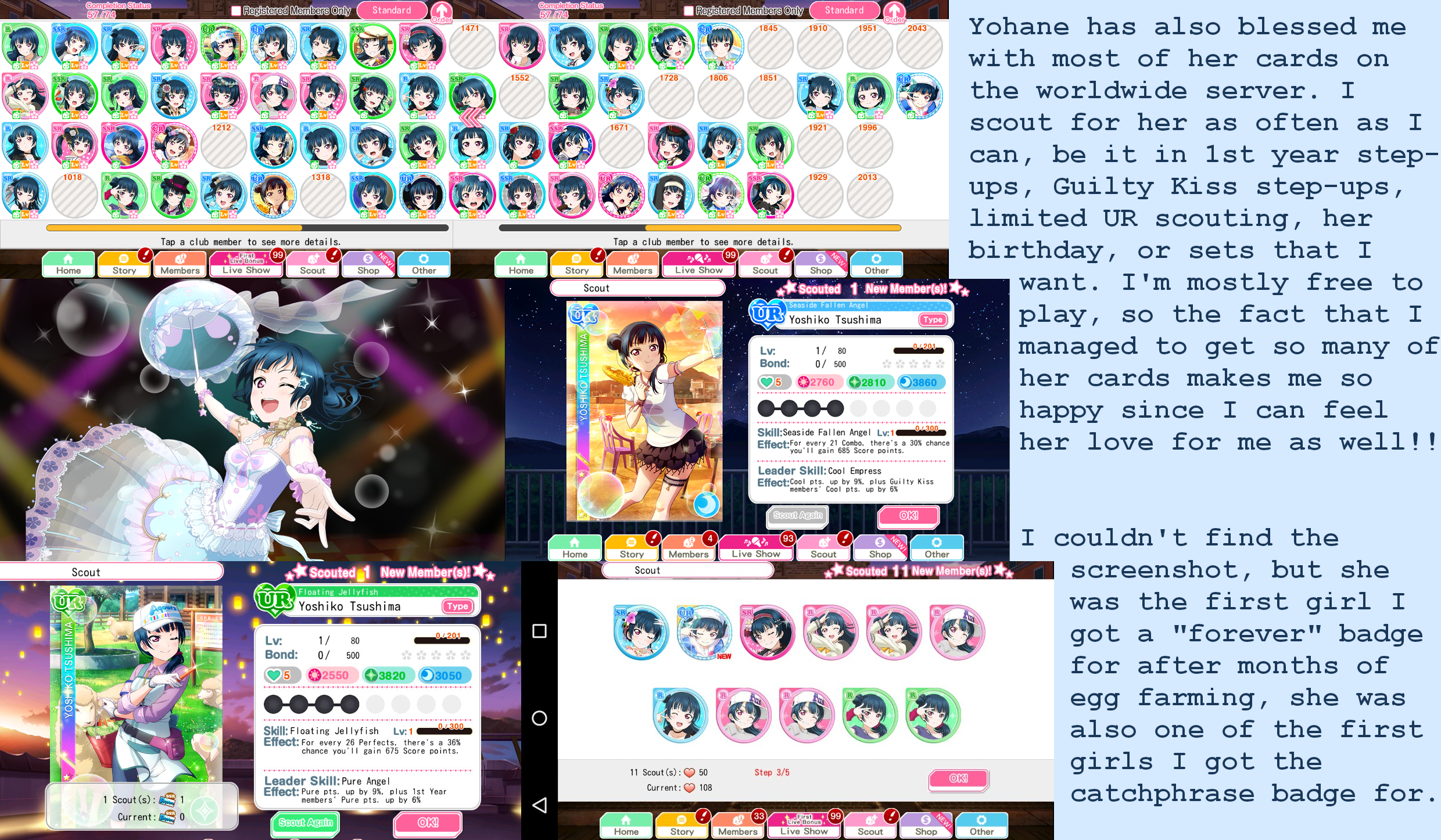