Hi, there! First of all, sorry for my english and all failures that I can write here, but my mother tongue is Spanish. This post is to introduce myself to HanayoFanElection2019. I don’t know how I will, but I will strive. Let’s start!

I met Love Live in 2015, thanks to a chorus group in spanish where I participate and in which I was assigned (and as discard) as Hanayo. I must say that, at the beginning, I felt indifferent because I participated in other anime groups and I made characters that I didn't know (for example, my first time singing a Love Live song was as Nico) but, after I played SIF and listened a lot to music from µ's, I saw the first seasons and its movie. It was that moment where I felt identified with her. We are shy at first, but when we learn to understand people better, we open our hearts, and we arm with courage to defend our tastes. Another thing that we share is our love for white rice. It was that moment that Hanayo gained my affection and, since then, I try to collect all Pana’s cards in the worldwide SIF. This is Hanayo’s album of my principal account

I also have to mention that, a few months after I started playing SIF, there was the second Medley Festival with the SR of Kayo-chin, and with only two months since I started playing, I was placed 201th in the final ranking. -> 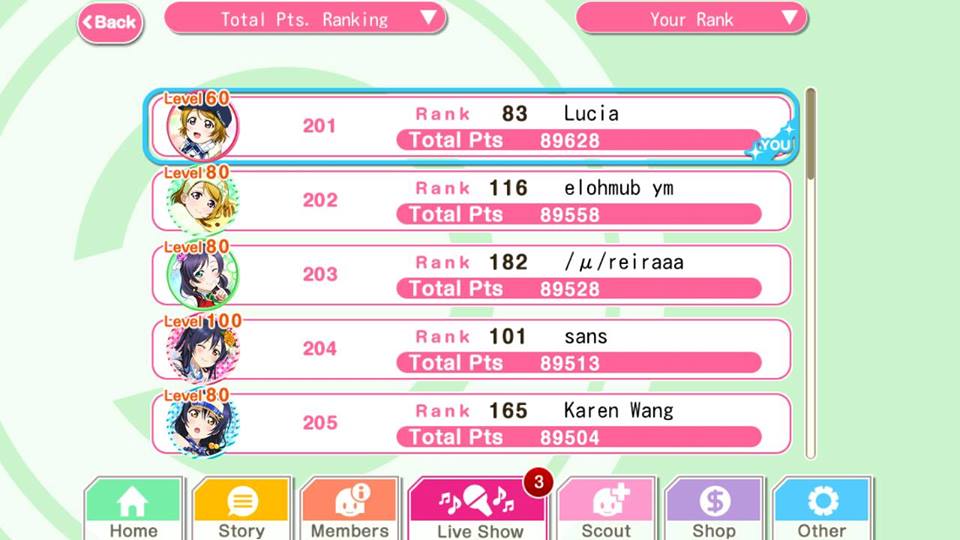 Of all the cards I have, my favourite is from the constellation set, which it cost me two years to get a copy.

Another thing that made me very happy was to get a UR from the Bokuhika set, before knowing that 'Bushimo’ were going to launch them, I was commenting a lot about how I wanted new rares for µ's, where they could use without idolize the clothes from their journey and idolized they had the dresses from Bokutachi's set. But seeing the nine URs, I assumed that I was not going to get it because I had the same possibilities as Rin and Maki, also 200 cards in the box. But having the need of two blue coupons to make a scout, I started doing some yolos, and with four or five ... SHE CAME HOME! 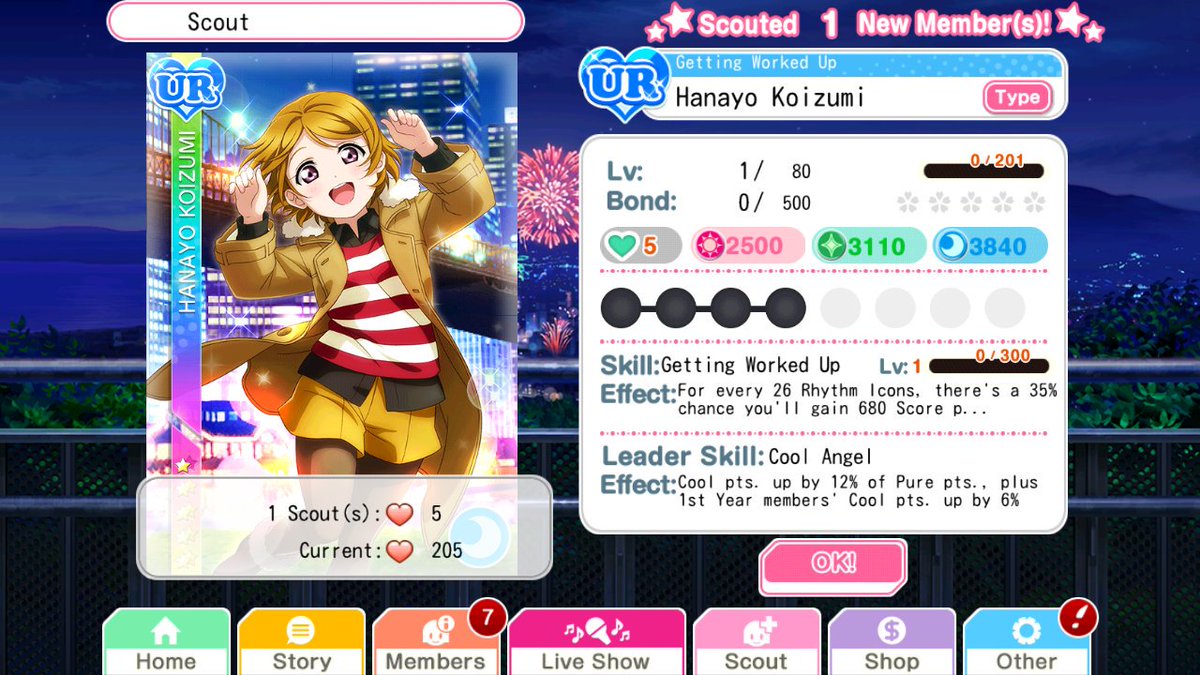 Speaking of merchandising, I don't have anything of Pana because in my city there isn't anything of Love Live, and in manga/anime events sellers bring fake stuff. I have three official keychains only. It’s not much, but I keep them with appreciation 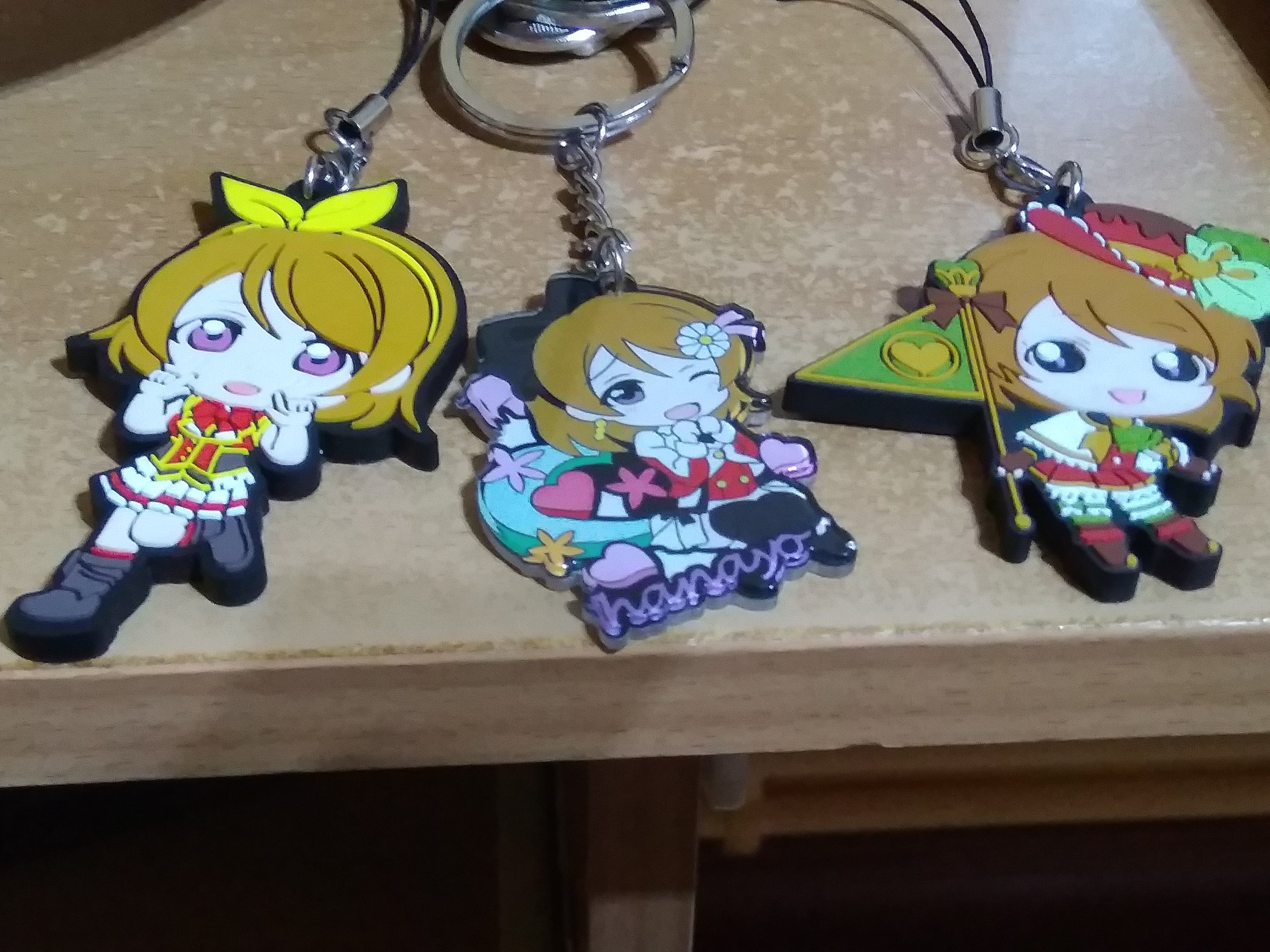 Until some days ago, I've been saving a lot of love gems and green tickets to obtain last year's UR from Kayo-chin (although I also used several gems to make some scouts, but I don't regret making that because I got a limited UR). I love ‘Capricorn Goddess’ card because her design and the sound from the skill (ONIGIRI POWER!). It’s so cute!

And, after 47 green tickets… SHE IS MINE FINALLY! 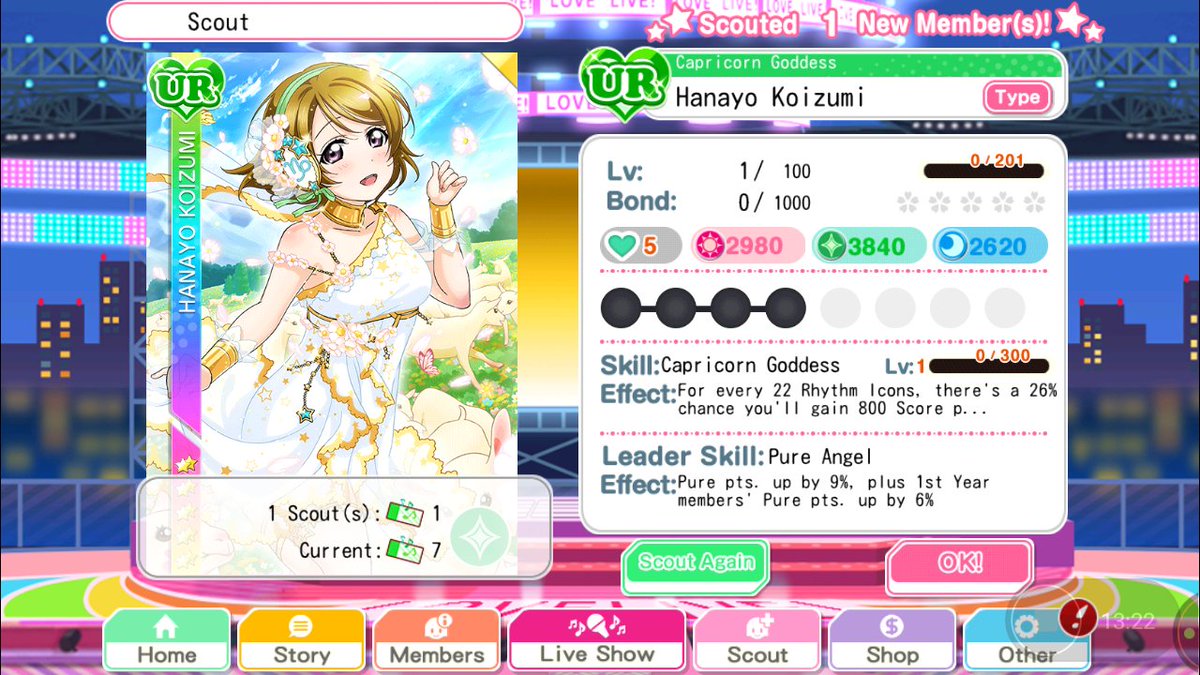 Maybe Hanayo is the one that has less fans from μ's fandom, and Aqours maybe too, I do not know that. But still being a minority, we greatly appreciate her and it makes us a very nice community. 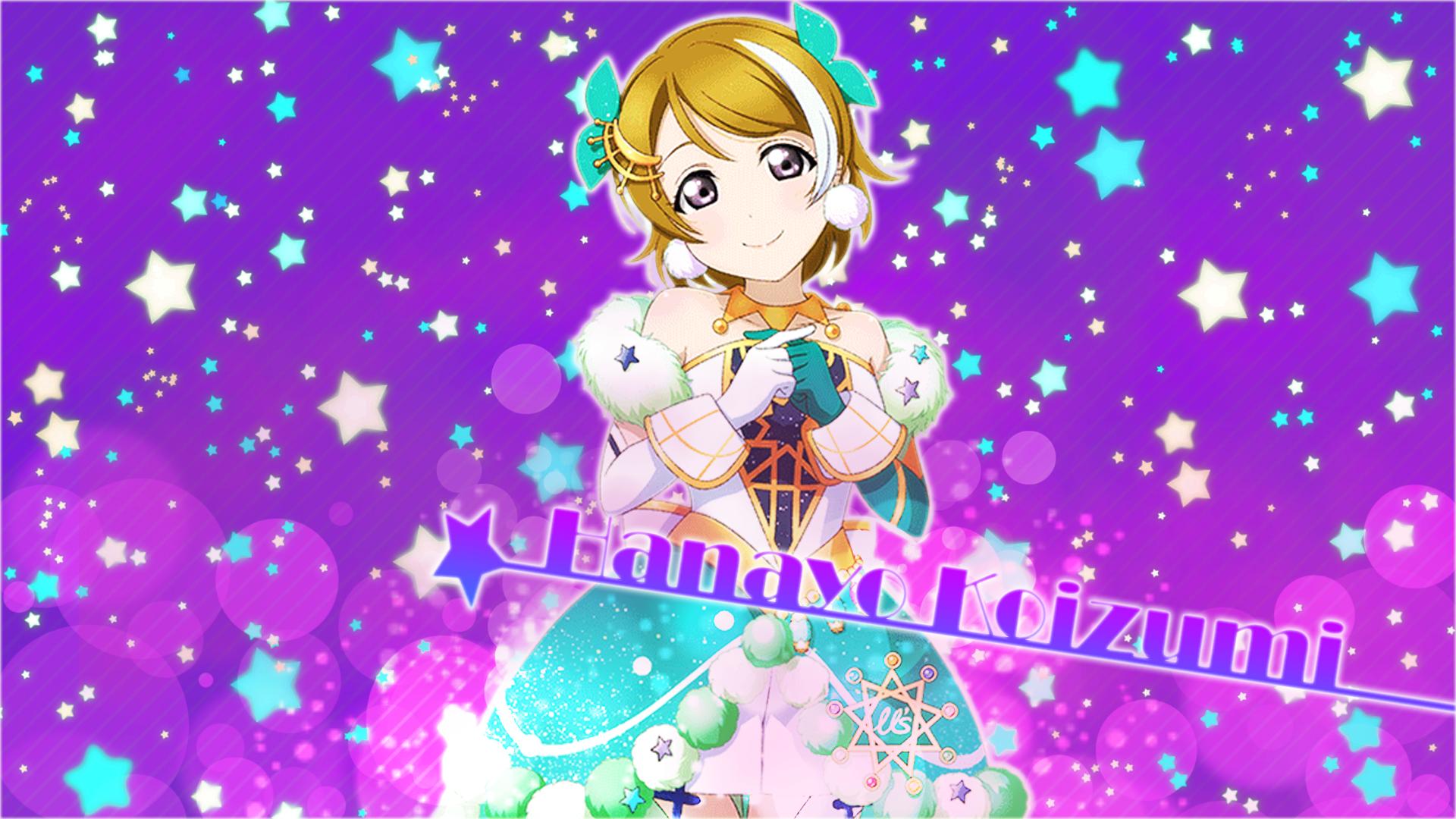 This is my last wallpaper from Pana that I created, some weeks ago because I was busy with university.

And finally, I would like to share my ‘Kodoku na heaven’ song, sang in Spanish by me. I don't have a great voice, but I enjoy singing, and more if it’s from Love Live -> youtube.com/watch?v=sSIl6tESNS0

And this is all. Thank you all for reading this post until the end, and good luck to all the people participating too.